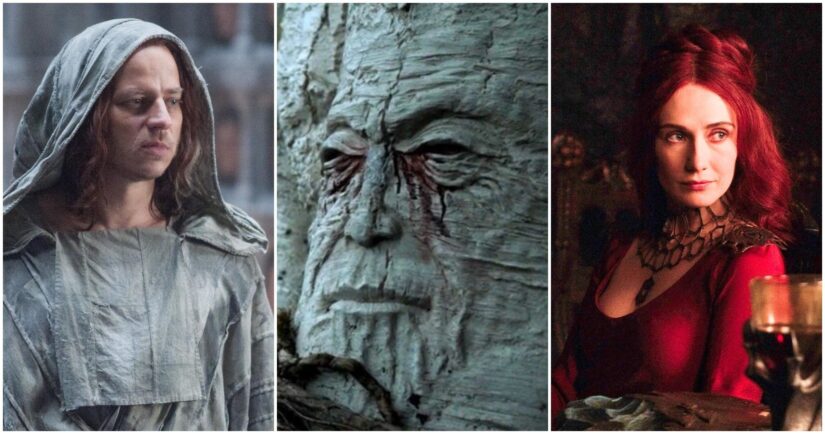 Throughout the eight seasons of Game of Thrones, religion had a crucial role in unifying and separating the houses, as well as contributing to several key character arcs. While the Faith of the Seven has the largest effect on the governance of the Seven Kingdoms, several other religions play significant roles in Game of Thrones’ overarching plot arc.

Game of Thrones, like the real world, contains a number of religions that tend to dominate different regions and peoples. The Old Gods of the First Men and the New Gods of The Seven are the two most common religions in Westeros. Because most of the key characters follow one of these religions, they are the most explored in the series. The Lord of Light and the Many-Faced God of the Faceless Men are two faiths on Essos that have relatively small followings.

The Faith of the Seven, sometimes known Game of Throne’s fan as the New Gods, is the most widely practiced religion in Westeros and the one most closely linked to the Iron Throne. Apart from the Houses of the North and the Iron Islands in Game of Thrones, the Lannisters, Tyrells, Targaryens, Tullys, and Tarlys all follow the Seven. The religion worships a single god with seven faces: The Father (divine justice, judges the souls of the dead), The Mother (mercy, peace, fertility, childbirth, women’s strength), The Maiden (beauty, purity, innocence, love), The Crone (wisdom, foresight), The Warrior (strength and courage in battle), The Smith (creation, craftsmanship, labor), and The Stranger (creation, craftsmanship, labor) (death, the unknown; rarely prayed to).

The God Who Is Drowned

The Drowned God has a cult following and is the Iron Islands’ guiding religion. Combative, seafaring, and piratical raiding skills are admired by devotees. The religion advocates paying the “iron price” rather than the “gold price,” which means plundering and pillaging rather than purchasing. The Perished God is claimed to have drowned in the sea for the iron birth, then returned to life “harder and stronger.” “What is dead may never die,” is the most common prayer recited by followers of the Drowned God. Drowned Men are priests who dip followers underwater for rites such as baptisms and blessings, including Theon Greyjoy’s uncle.

The Lord of Light, also known as R’hllor, is a fire deity (who represents light, love, and life) who fights the world’s darkness, cold, and death. The Lord of the Light is widely worshipped in Essos, but a few red priests such as Melisandre and Thoros of Myr crossed the sea to bring it to Westeros. Prophecies and visions communicated by flames are prized in the religion, particularly those of “the prince who was promised.”

The Faceless Men of Braavos worship a tiny religion known as the Many-Faced God in Essos, with Jaqen H’ghar portraying the Faceless Man in Westeros. Death-like gods from religions such as the Seven, the Drowned God, and the Lord of Light, according to the Faceless Men, are all different ways the God of Death has shown itself to humanity. Death is a blessing and an end to suffering for the Faceless Men, and they are Death’s servants. Their victims cannot be picked for personal reasons; instead, they must obey the religion’s rules and sign an assassin’s contract with the requestors. To better serve the Many-Faced God, the Faceless Men must become “no one,” forsaking all traces of their previous lives and identities. The features of people who have been assassinated or made to suffer more easily by the Faceless Men are then utilized as disguises. All those religion can find at any seasons of Game of Throne series watching at 123Movies.