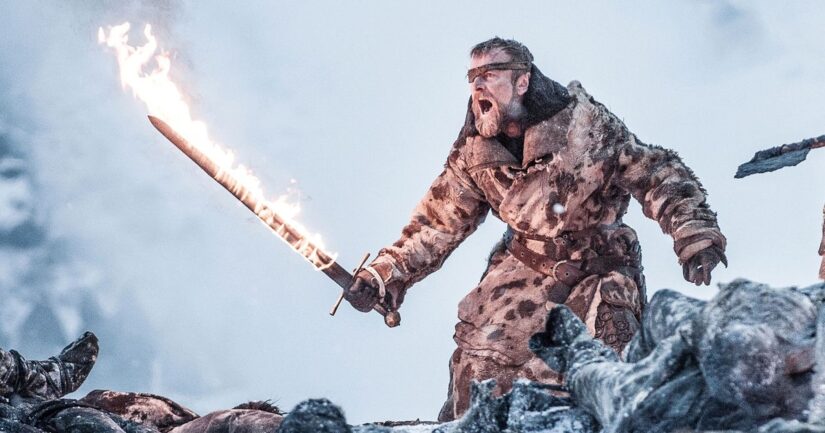 On April 17, 2011, when the first episode of Game of Thrones live on HBO, they makes wonderful stuff and this kind of sweeping fantasy series sounded interesting. However, by the time the credits rolled after the first hour, I was disappointed. The pilot was interesting in parts – the ice zombies looked cool, and Peter Dinklage was entertaining – but there were so many different characters, places, loyalties, and foes that I was primarily left perplexed. Friends who had read George R.R. Martin’s book series A Song of Ice and Fire encouraged me to stick with it and answered my endless questions (“Wait, so the blonde guy and blonde girl are siblings?”), and as the season progressed, I became increasingly invested, and by the time Ned Stark’s head was chopped off, I was completely obsessed.

My thoughts on Game of Thrones aren’t less complex ten years after the first episode aired, but one thing is crystal clear: the pilot performs so much better when you’ve seen the entire series. In preparation for the final season in 2019, I went right back and rewatched the past seven seasons, and even then, I was astonished at how much more I appreciated the pilot. It’s even more satisfying to rewatch it now that you know how the entire tale ended, with 123Movies site as your mate for watching it.

It’s no secret that David Benioff and D.B. Weiss, the show’s creators, struggled to put this pilot together. In fact, an unreleased version directed by Oscar winner Tom McCarthy (Spotlight) was so bad that it was never released. HBO allowed them to reshoot practically all of it, allowing them to recast significant characters like Daenerys Targaryen and Catelyn Stark. The reshoots were probably better, but the show is still confusing for anyone who haven’t read the novels. Even the characters’ wigs are quite bad, but as I previously stated, the show improves dramatically as Season 1 progresses. It’s simply that “Winter Is Coming” is mediocre at best when it comes to introductions.

Of course, Benioff and Weiss had the benefit of drawing on Martin’s book series (which, as a quick note, is still unfinished), and a lot of the foreshadowing isn’t by chance. The fifth book in the series, A Dance with Dragons, was due to be released at the time the Game of Thrones pilot aired, so the showrunners had a lot of foreknowledge about the routes these characters will eventually pursue. When it became evident that the series will end before he completed his books, Martin told them about his intended conclusion.

But that doesn’t make the experience of rewatching the pilot any less enjoyable. Even the lengthy prologue that presents the White Walkers is gripping, especially given that the origin and motivation of the White Walkers will remain a mystery for seasons to come. We also know that, like most things in Game of Thrones, this specific plot point has a less-than-satisfactory conclusion.

But first, there’s the beginning! Oh, how naive and trusting we were in the beginning. Pilots are difficult to get right, and it usually takes a few episodes for the writers, producers, and actors to figure out what their show is about. If you’ve never seen Game of Thrones, I still think “Winter Is Coming” is a letdown. But, given that it’s been ten years since it first aired, if you’ve kept up with the series and haven’t revisited the first episode in a while, it’s recommended. But be warned: you might get caught into a full-fledged series rewatch – and you know how it ends.