What Makes Game of Thrones Series So Attractive 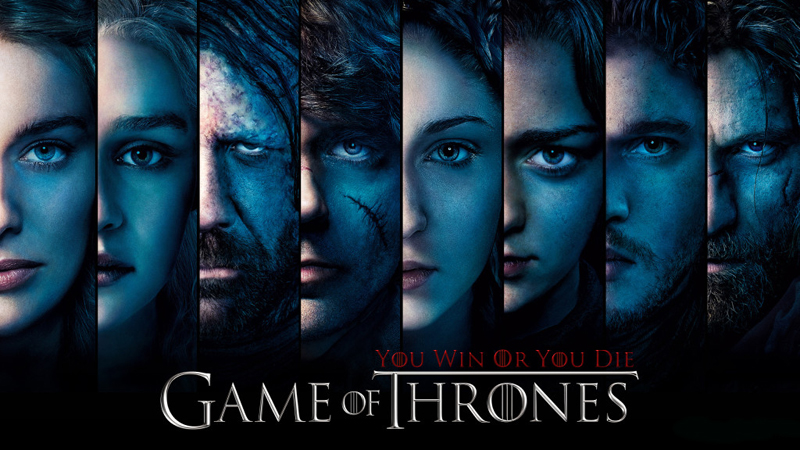 Game of Thrones, the fantasy TV series based on George R. R. Martin’s books, set a record for viewership in its final season. The series that aired on the American TV network HBO set a record for the most viewers. What is the formula for this TV series that has succeeded in attracting so many viewers?  There’s fantasy, drama, mystery, supernatural beings that can kill, drama, incest and many more things that involve supernatural characters. Here are eight reasons behind the TV series that set a huge record in attracting viewers. And here are some interesting things about Game of Thrones series.

There are many victims in this series. For Game of Thrones fans, of course, remember how in the first season “good characters” were killed in strange ways. Most of the deaths are unexpected and shocking, and begin with the execution of the main character in season one, Eddard Stark. The violence and sadism of this film, coupled with the difficulty of predicting and the frequent death of characters, still makes the audience always wait. The story that is shown creates a mystery and that no one is safe. Fans are also increasingly curious as to what will happen next.

Starting from the first episode, the series of stories that changed made many viewers keep waiting for this series. Various theories also emerged and many fans shared predictions in the series of stories. Game of Thrones or GOT even made a cultural change in how people watched pay television programs. The last season of GOT also encouraged fans to create a number of events with the theme of GOT while talking about various mysteries and intrigues. For those who fail to guess the next storyline, this series actually makes people even more addicted.

The writing of the script and coupled with the outstanding visuals with characters that make people curious has made many praise the work of David Benioff and Dan Weiss. This TV series is adapted from George R. R. Martin’s book series, a Song of Ice and Fire, set in a fantasy world with giants and dragons. But this script managed to attract audiences who were previously not interested in the fantasy film genre, because of the intense political drama and interpersonal relationships.

Beyond great abilities, the character development in this series is the reason why audiences stay tuned. In GOT, the audience will never know whether the hero or the villain will win. Usually GOT displays the opposite view. Every character, no matter how good, is a villain in the eyes of the other side. The concept of morality becomes subjective with heroes being anti-heroes and vice versa. It is the journey and struggle of these multidimensional characters that makes the audience even more transfixed.

While some people initially complained about the film, which initially featured nudity, rape and violence against women, many viewed the GoT TV series as a feminist film. The female characters who survived until the last season were: Daenerys as the “mother of the dragons”, Sansa turned into a tactician, Arya became a deadly assassin and of course Cersei, as the main enemy. These female characters face severe trauma in their own way but they also have their own way of surviving. Their power is depicted when the main villain of the Night King is defeated by Arya.

Television series films rarely succeed, but composer Ramin Djawadi was successful in composing GOT music which has now become a kind of cultural phenomenon. The series’ music has become one of the most popular in modern television.

The idea behind this fantasy drama in Westeros depicts brutality. In addition to the many sex scenes, uncensored violence, there are also elements of incest, rape, pedophilia and sadistic scenes, which are disturbing to watch but make people curious and waiting, especially the surprising factor. Some people say the popularity of this film is due to the subconscious desire of humans to be truly free without restrictions or rules.

There are many mystical creatures in this series, such as the three dragons, as well as the direwolves, the wolves. Creatures created through computer, CGI, computer-generated images, are very realistic and have terrifying effects. These creatures are works that make the audience want to keep watching. One of the elements in Game of Thrones is getting people to use their own imagination. Maybe it’s like children imagining fairy tales, but this time it’s for adult consumption.